Skip to main content
Home Financial education / Initiatives / Trainning events The Banco de Portugal presents an award to a school in the Azores that won the...

On 14 February, the Vice-Governor of the Banco de Portugal, Luís Máximo dos Santos, on behalf of the National Council of Financial Supervisors, presented the award for kindergarten to Divertiláxia, in Praia da Vitória, on Terceira Island, in the 8th Todos Contam competition.

Divertiláxia, winner in the kindergarten category

For the first time, Divertiláxia won an award at the Todos Contam competition, thanks to a savings and budget management project on topics well suited to kindergarten children.

At the competition award ceremony, the various initiatives and activities in the project were discussed, such as the toy store and the monitoring of demand and time deposits with earnings from the activities undertaken in the project, with the participation of 3-5 year-old students.

At the ceremony, the Vice-Governor of the Banco de Portugal congratulated the kindergarten teachers and the school administrators, recalling that schools play a key role in increasing financial education, which is “absolutely crucial (...) and a vital contribution to responsible citizenship”. He reaffirmed the Bank and the financial supervisors’ commitment to financial education. “I am truly delighted (...), what we have witnessed here today gives full expression to the effort and work put in by the Banco de Portugal precisely to, within the framework of banking conduct supervision, implement this financial education programme”.

Lúcia Leitão, Chair of the Coordination Committee of the National Plan for Financial Education, also participated in this session, which was held at Divertiláxia’s classrooms, and congratulated the kindergarten teachers, students and the community, represented by Tiago Ormonde, Councillor of Praia da Vitória, for the quality of the project they had entered in the competition. 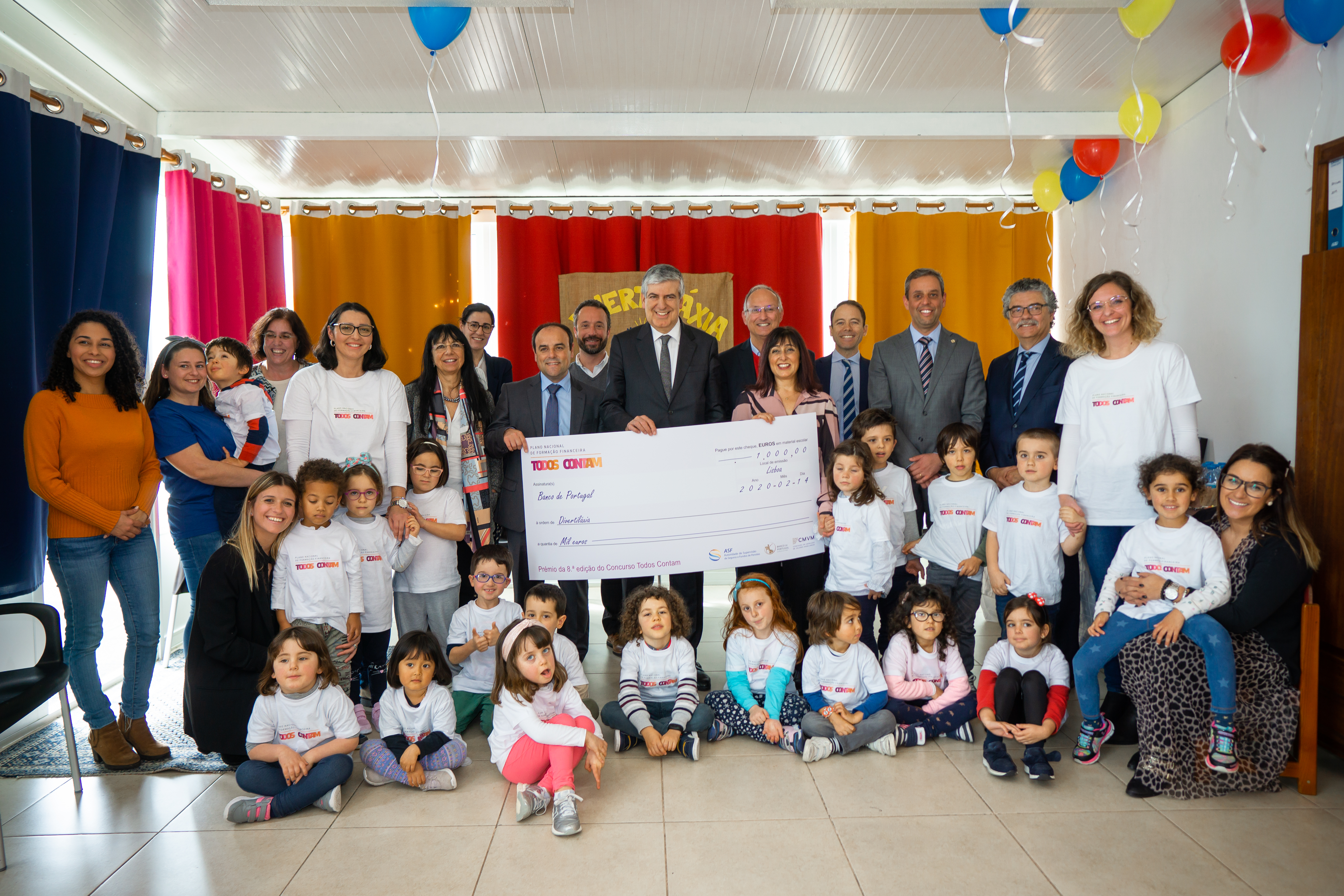 The Todos Contam Competition rewards the best financial education projects developed by Portuguese schools every year. It is an initiative of the National Council of Financial Supervisors (Banco de Portugal, Portuguese Securities Market Commission and Portuguese Insurance and Pension Funds Supervisory Authority) and of the Ministry of Education, through the Directorate-General for Education and the National Agency for Qualification and Vocational Education and Training.

The 8th Todos Contam competition attracted 58 applications to the School Awards, involving over 11,000 students and around 70 schools from most districts in mainland Portugal as well as the Autonomous Regions of Madeira and the Azores.

There were also 5 applications for the Teacher Award.